Awareness vs Faults and Fixes 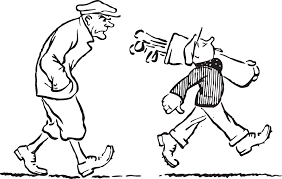 When I was 11yrs old, I traded a £1 a week paper round for  £1 per round caddying; firstly at Wentworth Golf Club and then onto Sunningdale. I’d caddy right through the summer holidays 1, 2 or even three rounds a day. I loved being out of doors meeting new people, often Captains of Industry in Corporate events. Sunningdale members included Sean Connery and Michael Medwin and Sam Torrance was a young assistant in the pro shop.

I’d be like a sponge, watching a player’s technique in the morning and trying it out at the driving range at lunchtime before a second round in the afternoon.

As a caddy you had to be quick to assess a new player’s personality, know when to advise, when to encourage and most important of all – when to be quiet!

Many years later I studied for PGA 1+2 qualifications. These were based on the traditions of ball flight laws; watch the player hit a few shots, observe where the ball was heading and identify the root cause. Then step in, describe the “fault” and demonstrate a “fix”.

I persevered with this method until I met with Fred Shoemaker in 2015 in Palm Springs (see blog 9).

Fred challenged this approach and argued that focussing on faults and fixes, may make the teacher look good but that the benefits were quite short lived, and would begin to fade away as soon as the student left the driving range.

He suggested that “faults and fixes” simply promoted an environment of “right and wrong” which was not conducive to learning. Instead Fred argued that focusing on increasing the student’s level of “awareness” on an “aware to unaware scale” was far more long lasting as the person would begin to internalise what they were learning and even more importantly, begin to take ownership of their golf swing.

I use video as part of my coaching. I’m keen for my students to self-assess. I’m most interested in the so called “blind spots”. These are things that happen either at set up, during or even after the ball is struck which the student is unaware of. These are the areas where they will make the most progress, as how can you improve something that you are currently unaware of?

For example, the student may be unaware that they are swinging so hard that they lose their balance on almost every shot. The camera show’s them the facts but so far they were “unaware”. So I invite them to swing the same way again and be aware of their finish position, and describe it. “I needed to take a step forward after I hit the shot”, for example.

Now I invite them to find a tempo where they swing but still manage to hold their finish without taking a step forward. If losing their balance is say, 110%, the balanced tempo is probably around 70-85%. We then observe the new swing on the PC screen to help the client validate and internalise this new move.

Faults and fixes are both short lived and suggest right and wrong which I’d argue are unhelpful in nurturing a “learning” environment.

Thanks for reading my blog.