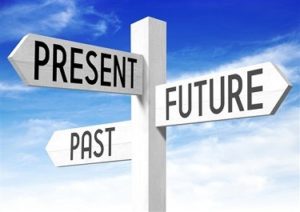 Today I’d like to focus on where your mind is just before you are about to play a shot on the golf course.

“Last week I had a similar chip over this bunker and duffed it”. “Whatever you do don’t duff it again”.

You say out loud “I hate this tee shot, I always hit it out of bounds”

So your golf brain says, ok, let’s hit it out of bounds to endorse the statement you’ve just made.

I hit it in the pond at this par 3 last time, so better play an old ball just in case.  Another self fulfilling prophecy.

“This round is going really well; I have a chance to win this competition, what should I say when I collect the trophy?”

Worst still you’re “in the zone” and one of your playing partners says hey, “did you know you have 40 pts already, you could win this”

The tee shot and the lake – firstly be very aware of the language you use either in your head when talking to yourself, or out loud to others.

Next be open to the possibility that if you follow your pre-shot routine, pick a target on the green and again commit, that there is every possibility you will hit the green.

The same scenario applies to the OB situation. Give your attention to what you want to do, rather than what you don’t want to happen. If this problem persists on a given hole, head out there one evening (when the course is deserted) with 6 practice balls and hit all six to prove to yourself that there is a fairway out there for you!

Staying in the present, playing a shot at a time, is just as important when things are going well as when they are going poorly. Stay in the moment, ask good questions; “what’s the right shot here” and focus and commit to that shot.

If one of your team mates shouts out how well you are doing, just let it wash over you. It’s no different to the thoughts that bubble up; you can choose not to respond to it.